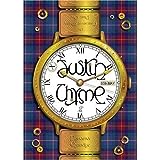 by Panama Oxridge | Children's Books |
ISBN: 0956712282 Global Overview for this book
Registered by

from Harwell, Oxfordshire United Kingdom on Saturday, February 14, 2015
i have read this book and enjoyed it. Apparently Panama Oxridge is an anagram of the author's real name and it appears somewhere in the book too but Ai never found it. Maybe you can.

Journal Entry 3 by pingucb at Lower Kingswood, Surrey United Kingdom on Sunday, April 26, 2015
Picked up from the convention book buffet. Have today given to my oldest daughter for us to read together. She was very happy to receive it and we will release again after reading.