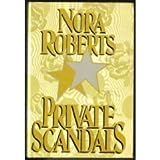 by Nora Roberts | Romance |
ISBN: Global Overview for this book
Registered by lauraloo29 of Edmonton, Alberta Canada on 8/25/2013

Journal Entry 1 by lauraloo29 from Edmonton, Alberta Canada on Sunday, August 25, 2013
Deanna Reynolds had it all planned: She'd start out in the newsroom of a small Chicago station, then move up to one day host her own talk show. When her mentor Angela Perkins leaves for the big time in New York, Deanna risks everything for the chance to replace Angela on the air. Finn Riley, the network''s sexiest journalist, falls for the risk-taker in the small town girl. But soon they are caught up in the bitter backlash of Angela''s revenge. Together Finn and Deanna must unmask the hidden betrayals of Deanna''s fiercest rival by taking the biggest risk of all.

Sending to the winner of Happy Day Sweeps. Congratulations

at Richmond, British Columbia Canada on Saturday, September 30, 2017
Thank you. The book has arrived. I enjoyed Nora Roberts's books in the past and l haven't read this one. I look forward to it.

It is an engrossing page turner. I enjoyed this one.

Journal Entry 5 by princess-peapod at San Luis Obispo, California USA on Thursday, March 22, 2018
Got from Valentine’s exchange, just forgot to journal on it!

"I always thought the joy of reading a book is not knowing what happens next."