Journal Entry 1 by melydia from Rockville, Maryland USA on Sunday, January 20, 2013
Picked up at The Book Thing of Baltimore, Maryland.

Though the story is about time travel, this is not what one would commonly consider a science fiction novel. Simon Morley, a bored illustrator living in 1960s New York, joins a top secret government program that sends him back to 1882. Rather than your standard time travel machine, temporal distances are covered through self-hypnosis and a bunch of hand-waving involving vague references to Einstein. But never mind all that. Since the narrator is from modern times, his descriptions of New York of over a century ago emphasize the sorts of things historical fiction would not: the little differences in everyday life, the future locations of certain buildings, that kind of stuff. In terms of nostalgia, it's simply wonderful, and I thoroughly enjoyed learning about life in the late 19th century. Unfortunately, at the end it becomes tiresomely preachy, obsessing over the "good old days" that, as any historian knows, never really existed. The loose ends are also a little too neatly tied up, but by and large the book is a fun look at how people really lived back in the day.

at Arlington, Virginia USA on Sunday, February 10, 2013
This was leftover after our meetup in Crystal City at Potbelly, so BCinDC members slipped it onto the shelves at the OBCZ at the Sheraton Crystal City. 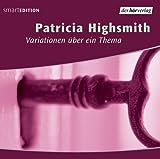