The Extraordinary Voyage of Pytheas the Greek

by Barry Cunliffe | History | This book has not been rated.
ISBN: 0142002542 Global Overview for this book
Registered by Zmrzlina of Abington, Massachusetts USA on 11/17/2003

Journal Entry 1 by Zmrzlina from Abington, Massachusetts USA on Monday, November 17, 2003
A find from a bargain table...what an attractive book! And the story looks great, too ;-)

Over 2,300 years ago, Pytheas of Massalia (now Marseille) embarked on an unprecedented journey to lands beyond the known boundaries of his world: the wilds of northern Europe. He was the first Greek to do so, and upon his return, he chronicled his adventures in On the Ocean alas, no longer extant. Many ancient writers put little stock in its revelations. The Roman geographer Strabo and the Roman historian Polybius, for instance, questioned whether Pytheas even made the voyage at all. But Oxford archeologist Cunliffe (The Ancient Celts) argues that there is enough evidence to prove that Pytheas discovered tin fields in Brittany, amber forests in the Baltic region and Ultima Thule, or Iceland. In this dramatic piece of historical detective work, Cunliffe employs archeology, literary studies, geography and imagination to recreate Pytheas's possible routes from the Mediterranean to Iceland and back home again. Cunliffe also draws on the writings of Pliny the Elder and the geographer Dicaearchus to demonstrate that several of Pytheas's near contemporaries welcomed his discoveries about the nature of the solstice and the influence of the moon on the tides. Although Cunliffe often has to speculate in the absence of Pytheas's own words, he nevertheless amasses strong evidence that Pytheas did indeed make his voyage.

Journal Entry 3 by vi0let from Espoo, Uusimaa / Nyland Finland on Wednesday, June 09, 2004
Accepted in a bookrelay and received on last Monday, thanks! 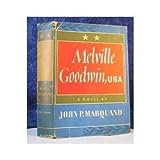