by Nina Bawden | Literature & Fiction | This book has not been rated.
ISBN: 1860492762 Global Overview for this book
Registered by

from Brighouse, West Yorkshire United Kingdom on Tuesday, June 26, 2012
Amy thinks that the Hotel Parthenon in Greece would be a nice change for her husband, Labour Minister Tom Jones, who is grumpily recovering from an operation for hemorrhoids. But once there, they run into Portia, Tom¹s redheaded ex-mistress. Then they receive a surprise visit from Tom¹s rakish father, Vic. Also at the hotel are Philip, an American publisher recovering from his wife¹s suicide; Prudence, a young doctor nursing a broken heart and waiting for her Granny; and Mr. and Mrs. Boot, who have decided it best to steer clear of the London police for a little while.

To be left at the laundrette sometime before the end of the year.

Here at BookCrossing we're trying to give books their own unique history by keeping a running log of all the places they've been and the lives they touch.

You can help us to track this book by taking a moment to make a journal entry. Let us know where you found it, what you thought of it or let us know where it's going next - you can write as much or as little as you like!

This will help all the previous readers to track the book's travels & your help is greatly appreciated.

(If you decide to join Bookcrossing, please consider putting me, Plum-crazy, as your referring member - thanks!) 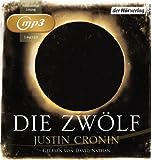