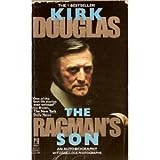 Journal Entry 1 by waternixie from Everett, Washington USA on Thursday, April 12, 2012
I got this from the free box outside of a book store in San Francisco 13 years ago. Doesn't look like the odds of me reading it are great. Will probably pass it onto a friend who reads a lotofoldmovie star biographies.

at Seattle, Washington USA on Saturday, September 01, 2012
I'm the friend waternixie passed the book to. I read it, now I'm passing it back to her for further release.

I do read a fair number of bios of classic-movie people. The kind I like best are the ones that give a lot of inside dope on the old movies we can watch today on video or cable. An excellent example of that kind would be Mary Astor's "A Life on Film." The kind I like least are those that just barely mention the movies, but concentrate on the star's boring love life a.k.a. sex life. A bad example of that kind would be Shelley Winters' "Shelley." Since most of those involved are now either dead or at least out of the public eye, why should I care?

This one is somewhere in between those extremes. It does have enough about the movies that it held my interest on one reading. However, I doubt that I'd ever want to read it again. And I have a dirty suspicion that Douglas is not being quite honest even about his sex life. It seems that he was a very bad boy with the ladies right up to the time he married his second (and current at the time of writing the book) wife. After that, nothing. Sugar-coating, anyone? Also, Douglas's co (ghost) writer on the book project does get a paragraph in the acknowledgements but no title-page credit; that's rather distasteful.

Journal Entry 3 by TinaJean at Talala, Oklahoma USA on Monday, December 17, 2012
Taken from the Wrap-It-Up Bookbox.